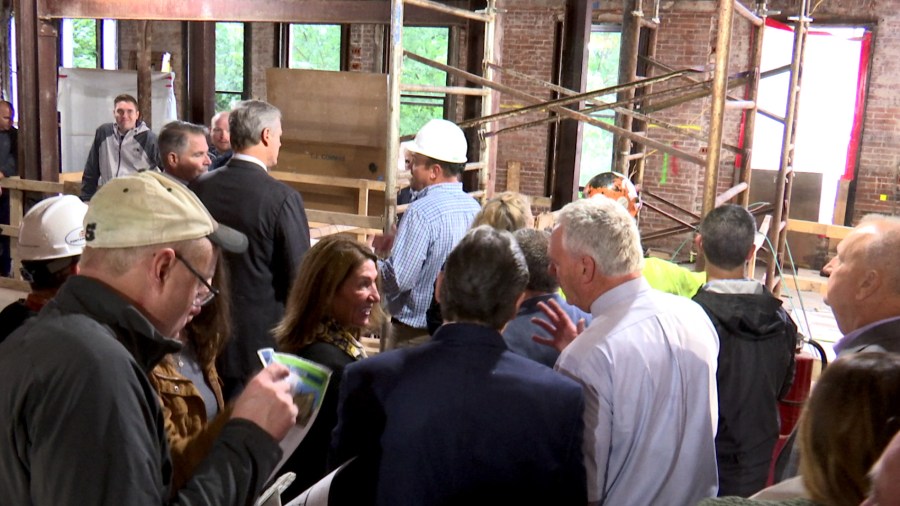 SPRINGFIELD, Mass. (WWLP) - A corner of real estate in the heart of Springfield is making progress. The overhaul of the historic property located at 31 Elm Street has been in the works for decades, and now developers and builders are proud to say it's 35 percent complete.

Springfield seeing an increase in panhandling on busy intersections

It's a prime piece of real estate with impressive views of Court Square and the city of Springfield. Through many beneficial public-private partnerships, 31 Elm Street is set to be completed in September of 2023. The 131,959 square foot building will have 74 apartments on the upper level with 15 percent of these apartments marked as workforce rate, and the ground floor will feature a 200 plus seat restaurant.

Mayor Domenic Sarno toured the building and got a update on the progress with Governor Charlie Baker. Mayor Sarno expressed what this $62.8 million project means for the city, "As we are in here, you can feel the spirit of Peter Picknelly Senior, but also feel the spirit and maybe a scorpion bowl of Andy Yee. Because the restaurant we are now in will be in tribute to Andy Yee, who was partners with Peter Picknelly in restaurants and saving historic properties."

31 Elm Street is a historical property and pains are being taken in this project to preserve some of the notable architectural features. Someone who works on this project mentioned to 22News that during the construction, they stumbled across letters and postcards from early 1900s, which they plan to preserve and put on display when the building is complete.